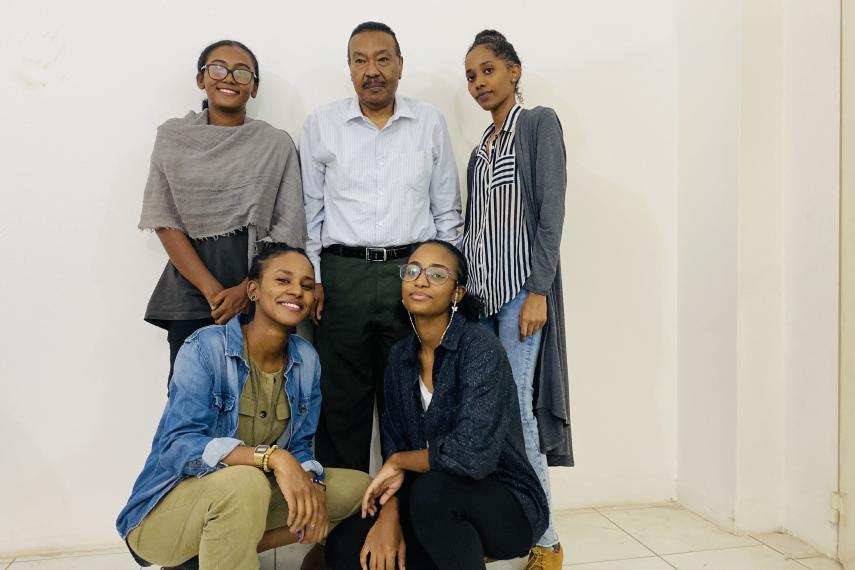 In 2019, footage went viral of 22-year-old Alaa Salah leading Sudanese crowds in protest chants. Her image generated a global wave of solidarity for the popular revolution that would soon overthrow Sudan’s 30-year dictatorship. A young woman who had lived all her life under the regime had helped change her country.

Two years later, a brief period of hope ended when the military seized power. But young women dreaming of self-determination still fill the streets. Their demands are twofold: an end to military rule – and to the discrimination they face.

“Discrimination and violence against women and girls are still rooted in the fabric of our society,” says M. Ali, founder of SWRC, a long-term Inter Pares counterpart organization. “All those who work on women’s and human rights are at heightened risk for attacks and violence.”

“We believe that empowering young women and enhancing their sense of self-worth is key to political stability and social transformation,” says Ghadir, a member of SWRC.

But since the October 2021 coup, much of the progress towards democracy has been lost. “Under the present regime, independent civil society is facing a real threat to its existence,” says Ghadir. “We have little or no opportunity to influence the democratic process and peacebuilding in our own country.”

Despite this, SWRC’s work continues – a form of hope in the face of what seem like insurmountable challenges. Women and community organizers lift each other up, find hope in one another and build young people’s leadership capacity while they advocate for change in the streets.

“We are very motivated by seeing the progress among young women and how giving them support can be truly transformative,” explains Sara, a young SWRC leader. “It’s a great feeling to observe how our work is helping them unlock their potential. We are surrounded with a good support network of people and organizations we trust... People that believe in us and want us to succeed.”

Inter Pares is privileged to be part of this circle of hope and solidarity.