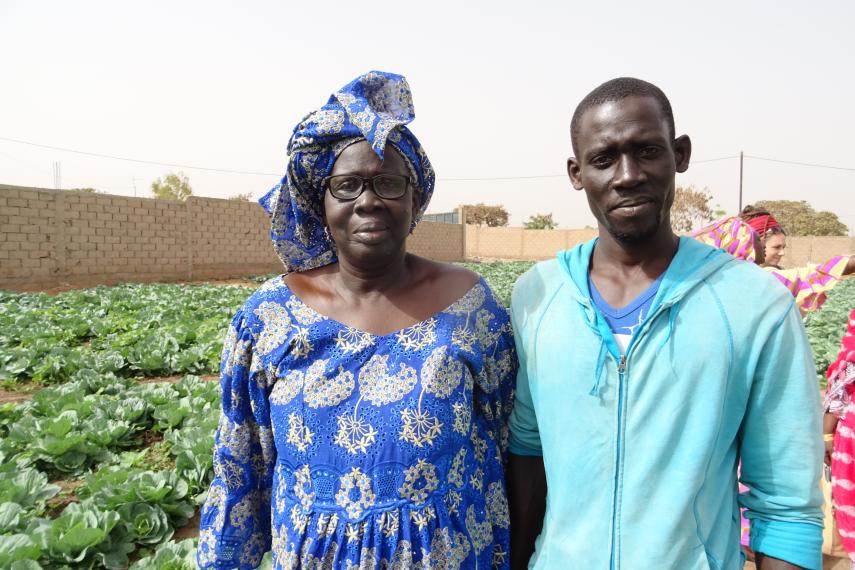 Eight years ago, Abdoulaye Déme left his village in Les Niayes, Senegal, and boarded a pirogue for the Canary Islands. Risking strong currents and towering waves in the open ocean, the small open boat eventually reached the Spanish islands, 1,500 kilometers away. From there, he made his way to the Spanish mainland where he lived for years far from his family, clandestinely, and in poverty. Abdoulaye’s story is not unique. Recurrent droughts and damaged soils, along with limited access to land have taken its toll, and many people, especially youth, unable to farm or find work, are forced to move to the city, or further away. Barça ou Barzakh is a popular saying in Senegal – literally meaning “Barcelona or death”; it expresses the despair of many youth in Senegal who choose to make the perilous journey north in search of a better life.

In November 2018, Inter Pares invited our Senegalese counterpart, Mariam Sow of ENDA Pronat, to Ottawa to speak at the launch of the United Nations Food and Agriculture Organization’s (FAO) signature report the State of Food and Agriculture before a crowd of government officials and development and humanitarian sector representatives. The UN report explores the interconnections of migration, agriculture and rural development, and climate change, providing a holistic perspective on why many people, like Abdoulaye, choose, or are forced, to migrate. Quoting the United Nations Secretary-General, the challenge is “to maximize the benefits of migration while ensuring that it is never an act of desperation.”

Abdoulaye’s story does not end there, however. As Mariam explained in her remarks, after years of hardship in Europe, Abdoulaye returned to Senegal and thanks to land that his mother was able to access, he started his own organic vegetable farm, got married, and is now the proud father of three children. This happy ending to what could have been a tragic story is no accident. Abdoulaye is the son of Tiné Ndoye, President of the National Rural Women’s Network of Senegal. Tiné, along with ENDA Pronat, have been working tirelessly, organizing women’s groups, providing training in agroecology and developing market demand for local organic produce in nearby towns and cities, such as Dakar. Together, they slowly turned things around, breathing new life into Les Niayes, a now picturesque area characterized by green fertile valleys dotted with small vegetable farms.

As Mariam likes to say, we need to make agriculture agréable (pleasant), where people can live with dignity instead of migrating out of despair. Mariam repeated this message many times during her visit to Canada, whether it was at the Food Secure Canada assembly where she also spoke, or during meetings with policy makers and elected officials, including Minister of International Development Marie-Claude Bibeau. Thanks to the work of ENDA Pronat and the courageous women that make up the National Rural Women’s Network of Senegal, for youth in the countryside, the promise of a better life is more within reach.

Barça ou Barzakh is a popular saying in Senegal – literally meaning “Barcelona or death”; it expresses the despair of many youth in Senegal who choose to make the perilous journey north in search of a better life.

A year of unimaginable change