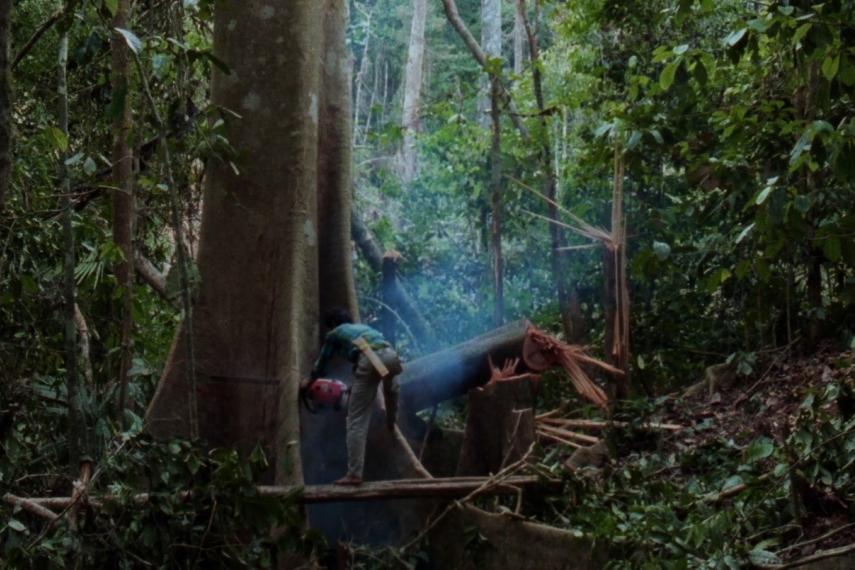 30 years after beginning their struggle to save the rainforests of Borneo from destruction, a group of Indigenous activists from the Malaysian state of Sarawak is travelling to Canada to track the money made from logging.

Ahead of a precedent-setting Toronto court hearing on the disclosure of financial records regarding a $200 million Ontario real estate group controlled by the family of Sarawak strongman politician Abdul Taib Mahmud, members of the Sarawak delegation will be visiting Montreal, Ottawa and Toronto.

“We are coming to Canada to find out what happened to the wealth of our homeland. We seek justice for our forests, our people, our land,” said lawyer and former Malaysian MP Harrison Ngau, winner of the prestigious Goldman Environmental Prize.

While a handful of timber tycoons and corrupt politicians made billions of dollars from cutting down one of the world’s most biodiverse rainforests, home to orangutans and clouded leopards, Sarawak’s Indigenous communities remain poor and underprivileged with many of them facing the social and environmental consequences of unsustainable and often illegal logging.

In each city, the Sarawak activists will attend screenings of The Borneo Case, a 78-minute documentary by Swedish filmmakers Dylan Williams and Erik Pauser, followed by a panel discussion.

They are being hosted in Ottawa by Inter Pares, Above Ground, MiningWatch Canada and Canadians for Tax Fairness, a coalition of Canadian civil society organizations concerned about legal gaps that can be exploited by money launderers.

“It takes just a couple hours to create a shell company in Canada. A publicly available registry of the true owners of all companies would go a long way to addressing Canada’s complicity in “snow-washing” money from international fraud and corruption,” said David Bruer of Inter Pares.