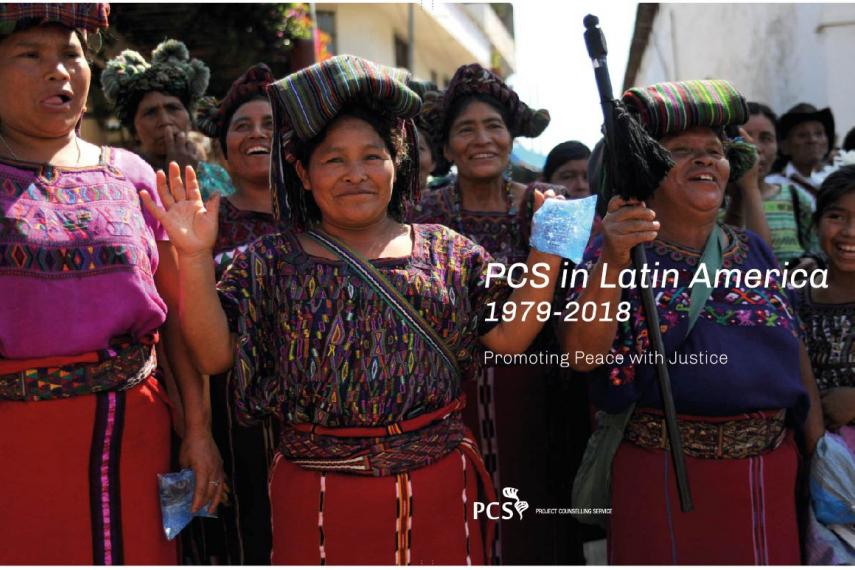 For 40 years, from 1978 through 2018, Inter Pares had the honour of working with the international NGO, Project Counselling Service (PCS), as our primary operational counterpart in Latin America.

In December 2018, PCS ended all its activities and governance duties, and closed its operations. As one of its last acts, PCS completed a book of highlights of its 40 years of social justice action during the decades of violence, armed conflict, transition and peace-building in Latin America: PCS in Latin America 1979-2018: Promoting Peace with Justice.

During its 40 years of social justice action through the wars and post-conflict processes of that era, Project Counselling Service promoted and defended human rights, supporting the capacity of local Latin American organizations to respond to the needs of people and communities uprooted and otherwise affected by political violence.

In that period, PCS engaged in common cause with people in Chile, Argentina and Uruguay; in Peru, Colombia and the Andean region; in Guatemala, El Salvador, Nicaragua, and throughout Central America. PCS placed a special emphasis on the leadership and capacities of women—who, along with their children, constituted a majority of uprooted population. PCS later accompanied victims of the violence as they began the slow work of reconstruction, including their active participation in the post-war truth commissions.

PCS was created at a special time and moment in international cooperation and social solidarity. Through the voices of those involved in the processes that Project Counselling Service accompanied, PCS in Latin America describes a time and an ethos when people—South and North—organized together in a broad and deep social project supported by people and their governments from around the world, with a recognition that development was about political, social and cultural inclusion as much as material well-being.

As the space for civil society – in Latin America and around the world – closes once more, the stories and the lessons of PCS and the courageous people with whom it worked, are as relevant today as ever.