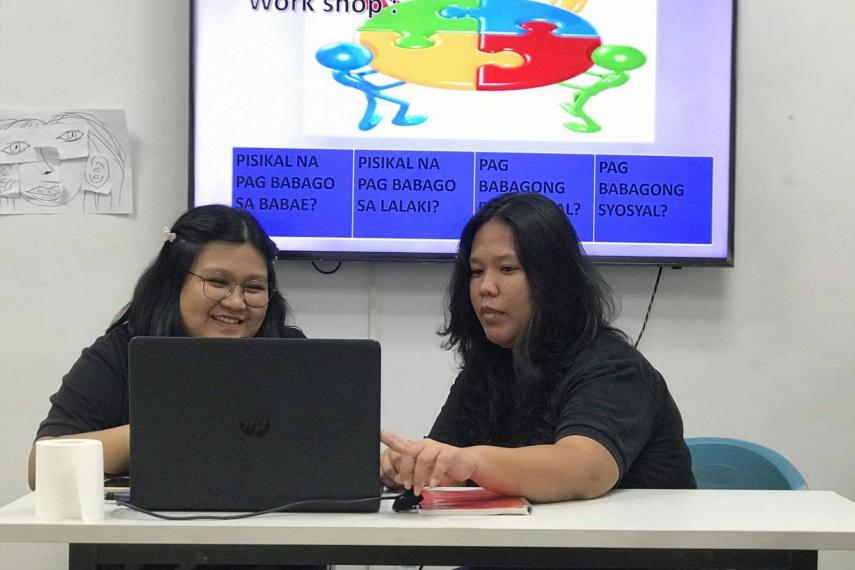 The early pandemic was a dark time for everyone in metropolitan Manila – especially youth. The Philippines had one of the longest and strictest lockdowns in the world. Schools were closed and police-enforced quarantines prohibited anyone younger than 18 from leaving their homes.

For adolescents with questions about their sexualities, bodies and relationships, there were few places to turn.

More than 80% of the Philippines’ population is on social media but there is little information available there to young people about sexual and reproductive health. What exists is usually in English rather than Filipino, so it’s harder for youth with low levels of education to understand. The content is usually text-heavy, technical and – as Likhaan puts it – boring.

In the midst of pandemic isolation, Likhaan knew that memes – visual, bite-sized and funny – could reach teens and raise their spirits, while answering their sexual health questions. With Inter Pares’ support, the team began making memes about everything from condom use, to LGBTQI+ pride, to dealing with peer pressure. They began posting them on social media to an overwhelming response: more than 600,000 views and thousands of shares.

It was gratifying for the newly minted meme-makers like Allona and Sheina.

“I get comments sometimes where people say, ‘I see myself in this... thank you for sharing,’” says Allona.

They know the memes aren’t replacements for face-to-face community outreach.

“It is not the same as talking to people in person,” says Sheina. But they’re an effective – and fun – tool for building community with thousands of isolated teens whose only source of information is online: something they’ll continue to need post-COVID.