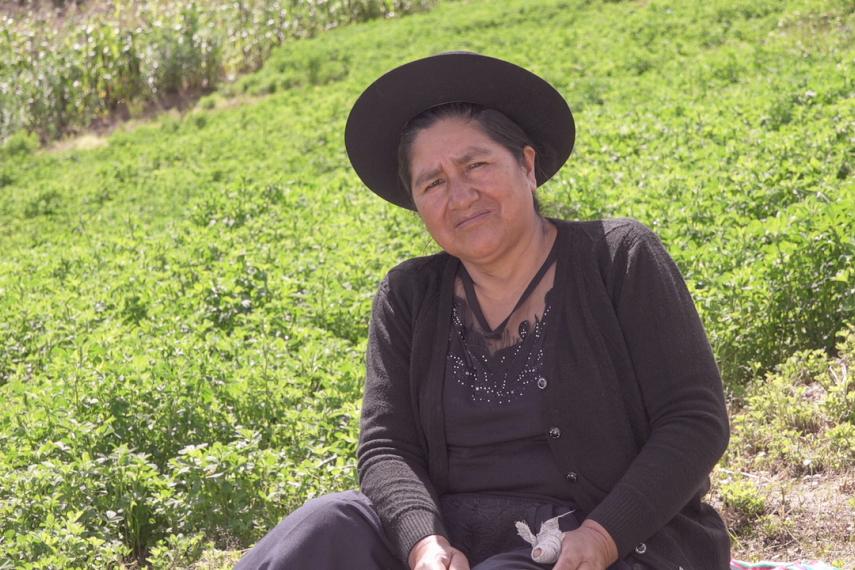 Victoria Saccsara leads a group of survivors of forced sterilization advocating for reparations from the Peruvian government. Credit: SISAY

In Peru during the 1990s, hundreds of thousands of women were forcibly sterilized under a government program. The vast majority were Indigenous women in the country’s highlands. Today, they have found healing and strength in each other.

In 1995, weeks after Victoria Saccsara, an Indigenous woman living in the high Andes, delivered a stillborn child, health workers brought her to hospital saying that they would help her recover. They told her to line up with a group of other women to receive a food subsidy. But it was really a queue for the operating room.

Victoria was forced to undergo a sterilization procedure that day. Like so many others who were forcibly sterilized during this time, she was left with chronic pain.

Victoria began to hear about other survivors of this terrible injustice and soon learned about SISAY, one of Inter Pares’ counterparts in Peru. SISAY provides counselling and training to equip survivors to advocate for their rights.

Through SISAY, Victoria met other women who had been through the same experience.

“The importance of being organized as victims of forced sterilizations, and the solidarity and support of human rights institutions as allies, gives us strength and makes us see that we are not alone,” says Victoria. “Instead, we have the capacity to demand and achieve the implementation of policies that enable us to access justice and comprehensive reparations.”

In 2016, Victoria and other survivors achieved the National Registry of Victims of Forced Sterilizations, a significant step toward finally holding the Peruvian government accountable. But there is still much to do to realize the rights of women and families affected by state-sanctioned coercive sterilizations.

With SISAY’s support, Victoria has been working with other survivors to call on the Peruvian government for reparations for their inhumane treatment and better healthcare and income support for those disabled by the procedure.

Inter Pares is honoured to support Victoria and the other women in their efforts to light the way to a more just world.